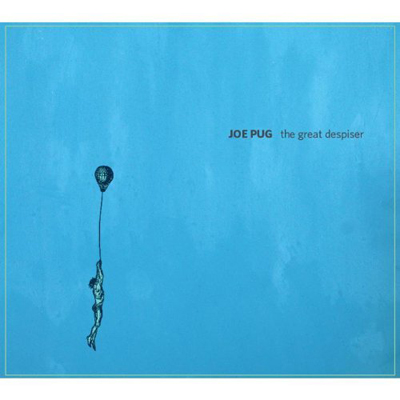 The Great Despiser, the new album from celebrated singer-songwriter Joe Pug, will be released April 24 on Lightning Rod Records. This is the follow-up to Pug’s critically acclaimed 2010 full-length debut, Messenger, and his wildly popular word-of-mouth EP, Nation of Heat (2008). Of the music, NPR Music praises, “Not only does Chicago-based singer have a beautifully mature voice, but the lyrics on Pug’s debut EP, Nation of Heat, possess wisdom seemingly beyond his age. Pair that with his powerful songwriting and it’s nearly impossible to avoid drawing comparisons between Pug and folk legends like Bob Dylan or contemporaries like Josh Ritter.”

Guild recently caught up with Pug down in Austin during the 2012 South by Southwest music fest, where the musician and former playwright student talked a bit about his songwriting process.

“I’ve always had a hard time with the really, really fictional stuff,” said Pug. “I’m better at taking it from my own experience and sort of fictionalizing it from there. Taking out all of the boring parts and maybe heightening the better parts.”

The 11-track album was recorded in Chicago with producer Brian Deck (Modest Mouse, Iron & Wine, Califone, etc). In addition to Pug, the album features various acclaimed musicians, including Sam Kassirer (Josh Ritter, Langhorne Slim) on piano, organ and marimba as well as backing vocals from The Hold Steady’s Craig Finn on the album’s title track.
Pug said he’s greatly looking forward to hitting the road with his band in support of the new album.

“It’s very exciting for me because when you go on the road you play the same songs every night for a couple of years, which is awesome, especially when people are at clubs digging them and connecting with them,” said Pug. “But obviously, it’s also fun to work on new material and learn how to play that and so the band and I are about to embark on a tour where a good amount of the material is going to be new. It’s going to be really fun, and invigorating for us to play the new songs.”

Enjoy a five-song sampler from Pug below.