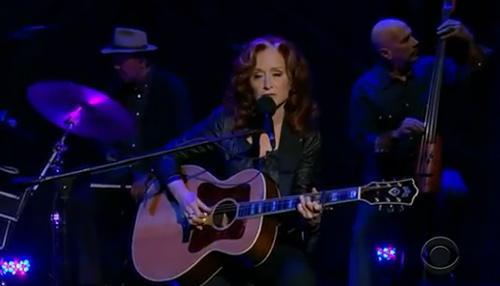 Rock and Roll Hall of Famer Bonnie Raitt was recently featured on The Late Late Show with Craig Ferguson.

Raitt broke out her Guild guitar for a beautiful version of the ballad “Not Cause I Wanted To,” which was written by Al Anderson and Bonnie Bishop. The track appears on Raitt’s 2012 effort, Slipstream, which was recently awarded with a GRAMMY for Best Americana album.

Watch the clip after the jump and visit Raitt’s official website for more information.