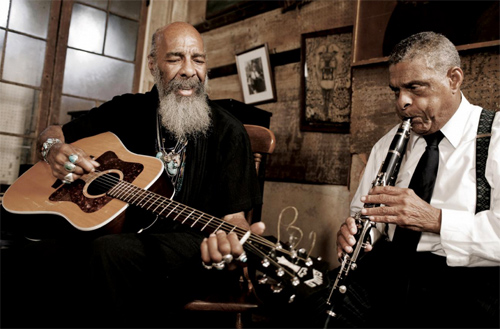 Guild is saddened to learn of the April 22 passing of the great Richie Havens.

Havens, 72, suffered a fatal heart attack at his home in Jersey City, N.J.

From small coffee shops to mammoth music festivals, Havens distinctively soulful voice and powerfully rhythmic acoustic style mesmerized countless listeners live and on record. He is perhaps most noted for the stunning solo performance with which he opened the three-day Woodstock Festival in August 1969.

Born in New York City on Jan. 21, 1941, Havens rose from the Greenwich Village scene of the late 1950s and early 1960s to become one of the folk music world’s preeminent artists. He scored major chart success as a thoughtful interpreter of songs written by others, including Bob Dylan’s “Just Like a Woman” and the Beatles’ “Here Comes the Sun.”

Havens remained a busy and beloved performer and recording artist for the rest of his life. He enjoyed a 45-year touring and performing career and released more than 20 albums.

Guild Guitars celebrates the life and work of Richie Havens, the greatest and most enduring ambassador of its name and instruments. Throughout his life, he touched the lives of many generations of players and fans with his music, and he will be missed.