Megadeth’s Chris Broderick is known as one of the top shredders in the business, but he is also an avid lover of acoustic and classical guitar.

Broderick boasts a degree in classical guitar music performance from the University of Denver and the Lamont School of Music, and he even spent many years offering lessons to aspiring guitarists.

GuildGuitars.com had an opportunity to catch up with Broderick during a break in Megadeth’s lengthy touring schedule to discuss his connection to classical guitar.

GuildGuitars.com: You started on an electric guitar, correct?

Broderick: My very first guitar was an electric. But within probably three months of playing, I started getting into acoustic and classical guitar.

GuildGuitars.com: How did that happen?

Broderick: I think it was a mixture of influences — from hearing players like [Andres] Segovia and F.A Romero at a young age, to Paco de Lucia and other really great classical guitarists. Al Di Meola, stuff like that.

GuildGuitars.com: How does one at age 11 get access to classical guitarists?

GuildGuitars.com: You’re a guy who practices a lot. What was your training regimen coming up?

Broderick: When I first started playing, I had no idea what I was doing. So I bought a Mel Bay book and started learning how to read music. And even though at the time I was listening to Van Halen and stuff like that, that was just the way I thought you had to come up through the guitar. Then it just kept blossoming. At one point, my day was divided to where I would wake up at 5 a.m. and practice the piano for two hours, then I would practice my classical guitar for five hours, then I would practice the violin for two hours, and then practice my electric for five hours. It was crazy. I felt I had to do that to get where I wanted to be.

GuildGuitars.com: You’re currently in one of the world’s biggest metal bands. Did you originally have aspirations to be a classical or maybe jazz guitarist?

Broderick: No, and I’ll tell you why. I never realized that was a reality. I didn’t even know. I mean, I almost dropped out of high school for the guitar, and then I found out that you could go to college and major in music. So, as soon as I understood that, then I was like, “I’m in.” I went to the Lamont School of Music and got a performance degree on the classical guitar. It’s kind of funny how the guitar almost pulled me out of school and at the same time kept me in.

GuildGuitars.com: Did you ever do any live acoustic gigs in college or post college?

Broderick: Well, you would have performances through the school. I did a couple of weddings and played a couple of dinner houses and stuff like that. I don’t know that I ever started trying to gig out professionally during that time. As far as professional career, I was definitely more focused on the electric aspect of things.

GuildGuitars.com: How did you get involved with Guild?

Broderick: The funny thing is that the first Guild I remember really checking out was a Guild Pilot bass. I remember there was a bass player that I played with, and I saw this Guild Pilot bass and I said, “That thing is awesome! You gotta buy that! You gotta buy that!” So I convinced my bass player at the time to buy a Guild Pilot. Then from there, I obviously realized that they made acoustics. I had started teaching at that time, and some students brought them in. They were just a really high quality instrument. That was my earliest experience with Guild.

GuildGuitars.com: How much classical guitar do you get to practice now? Do you practice on the road?

Broderick: No, not so much right now, just because the time just doesn’t permit. When I’m on the road, I’m usually more focused in the electric arena. But I definitely see a day coming where I’m going to be able to focus a little bit more on my classical guitar and my flamenco guitar playing. 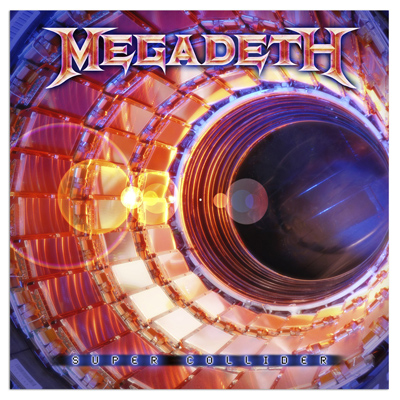 GuildGuitars.com: Megadeth released the new album Super Collider earlier this year. How has it been to get be back on tour playing some of the new songs live?

Broderick: I think it’s cool. For me, the focus of the album was a little bit different, but it definitely has a big arena kind of sound to it. Not so bombastic or fast where the sound bounces off the walls in an arena every which way to where a lot of that detail gets lost. It’s engineered for the type of tours that we’re doing, so I think it translates really well.

GuildGuitars.com: You guys are always touring. When you get that time off, are you charging your batteries or anxious to get back on the road?

Broderick: It’s kind of funny. If enough time goes by, I’ll definitely get anxious to get back out on the road again. But when we get the down time, it’s definitely appreciated. You want to reconnect with home and everything that’s familiar.

Check out footage of Broderick going acoustic with Megadeth during an appearance at VEVO’s headquarters this past summer in the video below. Patrick Sweany Performs 'Them Shoes' in the Guild Lounge

Atlas Genius' Keith Jeffery Performs Solo Version of 'If So'